In a series of harsh tweets, the 27-year-old rap star accused his estranged wife of using their 2-year-old son, Sebastian, against him.

For any fans that are hoping Wiz Khalifa and Amber Rose will rekindle their marriage, the pair seem to be firmly against ever getting back together, which was confirmed when the rap star exploded on Twitter after he was told to “get your wife back.” 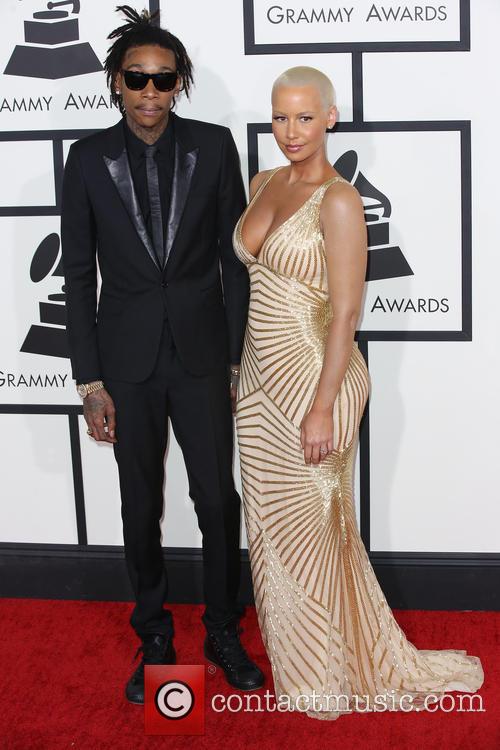 Khalifa, who was handed divorce papers last September, responded to the concerned fan with a simple “no thanks” before blasting Rose, who is the mother to his 2-year-old son Sebastian, in a series of extremely harsh tweets.

“A woman who would do something to a kid to spite that kids father is a foul creature,” he tweeted, before adding, “Seen my boy. All is well.”

Khalfia wasn’t done. Without giving away too much detail he went on to write, “that’s pretty much the only thing that can spin my universe out of control…Sucks when people try to use that against you but the cool part is figuring out how much self control you have.”

“As long as he's playing and smiling I’m cool. Can’t be pissed when I see that handsome face,” he continued. “I tell him everyday that this is all his.”

The couple’s split seems to have been bitter from the start, only days after their divorce papers were filed, Khalifa was already challenging Rose’s request for full custody of Sebastian, and instead was asking the court to grant him joint custody of their young son and visitation rights.

More: Wiz Khalifa Is Seeking Joint Custody After Taking A Hit From His Prenup In Divorce Proceedings

Furthermore, a day before news of their separation news broke and following the rumours regarding Khalifa not being faithful, the curvy model cryptically tweeted, "Reliving that moment over and over and over……smh."