That's one way to celebrate it...

There seems to be absolutely no beef left whatsoever between Wiz Khalifa and Amber Rose as they visited a strip club together on Monday night (June 6th 2016) to celebrate finally settling their divorce... sorry, we meant celebrating their 'love'. It seems both parties are happy with what they got out of it, because they're still rich AF. 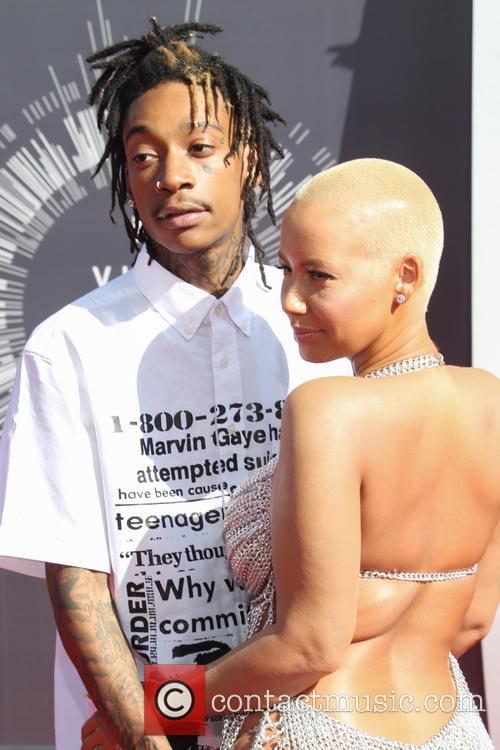 Wiz Khalifa and Amber Rose celebrated their 'love' on Monday

If you can go out an celebrate with ex-wife upon finally divorcing, that's an amicable break-up. They have every reason to be amicable, though, because they have both walked away with a pretty sweet deal. Rose has been awarded $1 million as well as $14,800 a month in child support for their 3-year-old son Sebastian, while Khalifa gets their swish abode in Pennsylvania and ten of their cars including a '69 Chevelle and a Porsche. Plus, they get joint custody of their son, so there's no issue there. According to TMZ, Rose has already got $356k from Khalifa, so there's just $644k more to go.

It seems they are remaining the best of friends as they took to the strip clubs of Los Angeles to toast their official separation; or, rather, to toast their new relationship as friends because there's still plenty of love between these two. Rose spoke about their night in a post on Twitter. 'Too much fun with my ex hubby last night and no we didn't celebrate our divorce we celebrated our love for each other cuz that never goes away', she wrote.

The pair split in September 2014 after being married for just 14 months. They'd been together since 2011 and had their son just months before tying the knot. Rose cited 'irreconcilable differences' in the divorce papers, but there were rumours that he'd been cheating on her. She'd originally hoped to have full custody of Sebastian.