'This Is Not A Drugs Album': Wiz Khalifa On New Record O.N.I.F.C 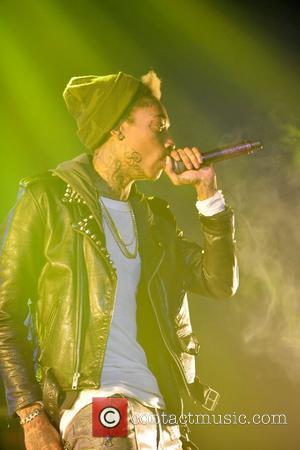 Picture: Wiz Khalifa performs live at the Bank United Center on the University of Miami campus as part of his 2050 Tour Coral Gables, Florida...

Wiz Khalifa’s new album O.N.I.F.C (abbreviated from One Night In First Class, or if you’re feeling slightly more edgy, One Nigga In First Class) is out in the US this week, with many expecting the rapper to do well in the charts this coming weekend. However, one thing that doesn’t seem to have escaped Wizzy is the stigma that a lot of his lyrical content focuses on narcotic intake – and it’s something he resents.

"The stigma that I get — even with this album, the vibe of it and how mellow it is — you automatically say, 'Oh, it's a stoner album,' just because I smoke," the Pittsburgh rapper told MTV News on Tuesday (December 4). He went on to rebuke, "Instead of saying it's a mood album or something that you really have to listen to or pay attention to, people automatically say it's a stoner album." You can sort of see their point, Wiz. One of the track’s is even called ‘Medicated’.

He wasn’t having it though, and continued: "When you break it down and you listen to the lyrics and all the words, you really find out how deep I'm going in and how lyrical I'm actually being and how literal I'm being by putting my life into every bar," adding "I think it'll take time and people will break it down and eventually find the real meaning."