Winona Ryder once wore a $10 vintage dress to the Oscars, and also recycles her older fashions. 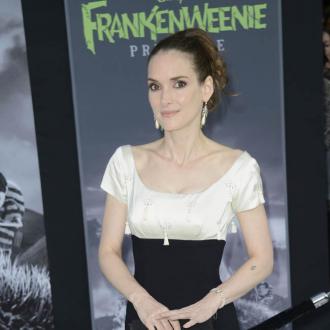 Winona Ryder once wore a $10 dress to the Oscars.

The 'Girl, Interrupted' star is an avid bargain hunter and lover of vintage clothes, and is also not afraid to recycle outfits she has previously worn to events.

She told Red magazine: ''Most of my wardrobe is vintage and I've worn dresses to the Oscars that I got for $10.

''At Sean Penn's last Haiti gala I wore this vintage dress that I'd worn to a film premiere in 2005. I know that's kind of a no-no in the fashion world, but why wear something just once if you love it?''

The 42-year-old actress rose to fame in the mid 80s while she was still a teenager and had continuing success in her 20s, which she says made her 30s hard, as her young looks meant she didn't always get picked for the roles she wanted.

She added: ''My early thirties were rough. I went through stuff that I would have gone through, and probably should have gone through much younger, but I had spent my twenties working. Even when I was the right age for older roles, people thought of me as being younger. It was tough because I'd had so much success in my early twenties.''

In the same interview Winona also said she one day hopes to work with 'The Wire' writer David Simon.