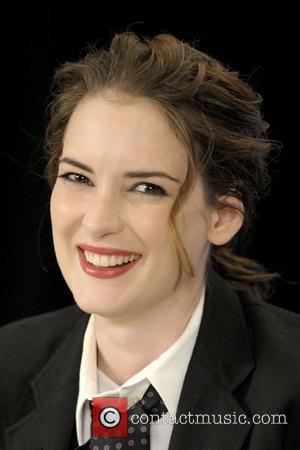 Winona Ryder has been cast in 'Frankenweenie', the new film by Oscar winning director Tim Burton. The stop-motion animated film will hit cinemas on March 9th 2012, and sees Burton team up with some of his favourite actors, reports the UK's Independent newspaper. Ryder, as well as CATHERINE O'HARA, Martin Landau, and Martin Short, will lend their voice to Burton's new project after working with him in the past.
Ryder starred in 'Edward Scissorhands' alongside Johnny Depp, and also in the 1988 film 'Beetlejuice', both of which were directed by Burton. Short appeared in the director's sci-fi movie 'Mars Attacks', and Landau won an Oscar for his role as 'Bela Lugosi' in 'Ed Wood'. 'Frankenweenie', which will be screened in 3D, follows the story of a young boy who makes monster movies and attempts to bring his dog back from the dead after he is hit by a car. The script has been written by John August, who also penned 'Big Fish' and 'Charlie and the Chocolate Factory'.
Ryder recently appeared in Darren Aronofsky'S 'Black Swan', alongside Natalie Portman, and the movie debuted at the Toronto Film Festival to critical acclaim. The film is officially released in the US on 1st December 2010.