Winona Ryder and Martin Landau have been cast as the lead roles in Tim Burton's new animated movie 'Frankenweenie'. 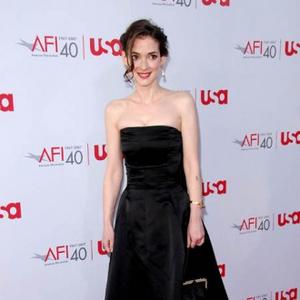 The 'Star Trek' actress is set to provide the voice for the role of Elsa in the feature-length version of Burton's 1984 short film.

She will be starring alongside Oscar-winning actor Martin Landau - who will take on the voice of Mr. Rzykruski - as well as Martin Short and Catherine O'Hara, who will play five different characters each.

Short will provide the voices for Toshiaki, Nassor, Bob, Mr. Bergmeister and Victor's dad, while 'A Night Before Christmas' star O'Hara will take on the roles of Weird Girl, Gym Teacher, Edgar and Victor's Mom.

Scripted by John August, 'Frankenweenie' tells the story of a pet owner who manages to bring his dead dog back to life after he is hit by a car.

It is due for release by Walt Disney Pictures in March 2012.

Eccentric director Burton also recently signed up to work on 'Monsterpocalypse', which is to be based on the popular monster-battle board game and centres around a group of giant monsters attacking the earth, only to find humans will fight back.