The Wimbledon Men's Final drew a number of celebrities who turned out to support Roger Federer and Novak Djokovic as they battling for the Championship Trophy. It may have been a singles match but doubles were present throughout Centre Court.

Celebrities flocked to South London over the past fortnight to see the stars of the tennis court compete at Wimbledon. Stars from around the world attended with Chris Hemsworth and Hugh Jackman representing Australia, Samuel L Jackson and Bradley Cooper from the US and, of course, an assortment of famous British faces. Nowhere were more celebrity faces present than at the Men's final on Sunday (6th July). David and Victoria Beckham at the Men's Final on Sunday (6th July).

The Men's final on Sunday (6th July) always draws huge crowds and celebrity doubles cropped up throughout Centre Court including the Duke and Duchess of Cambridge, Prince and Kate Middleton. The couple sat in the Royal box and watched as Roger Federer and Novak Djokovic battled it out for the championship. Yet throughout the crowd other couples watched including Hemsworth and his wife Elsa Pataky, David and Victoria Beckham and Keira Knightley and James Righton. The match was an incredible one and will surely go down in history as one of the best, albeit unsuccessful comebacks, in tennis. Djokovic was merely two points away winning the championship during the third set when Federer battled his way back. Unfortunately for the much beloved Swiss player it wasn't meant to be, and Djokovic took home the trophy. Chris Hemsworth and Elsa Pataky looked adorable as they watched the match together.

The crowd's reaction was certainly appalling and it was as if Djokovic was playing against the crowd as much as against Federer. The crowd were overwhelmingly in support of Federer and vocally demonstrated their bias. But, the celebrities in the crowd were considerably more polite and kept their preference well hidden. Actor Samuel L Jackson attended the match alongside his close friend and publicist, Sofia Davis. 65-year-old Jackson has been spending a great deal of time in the UK promoting awareness for Davis' charity, One For The Boys, which aims to promote awareness for men's cancers and encourage men to discuss their health issues. He recently appeared on The Graham Norton Show alongside actress Keira Knightley, who was also at the Wimbledon final alongside her husband, Klaxon's band member James Righton. Chris Hemsworth and his wife of three years, actress Elsa Pataky, also attended the final and looked adorable with Hemsworth's arm wrapped around his broadly smiling wife. Another acting couple, and Hemsworth's fellow Australians, Hugh Jackman and his wife Deborra-Lee were also present at the sporting event. Jackman looked unrecognisable with his head shaved, sporting a distinctive black moustache and goatee. 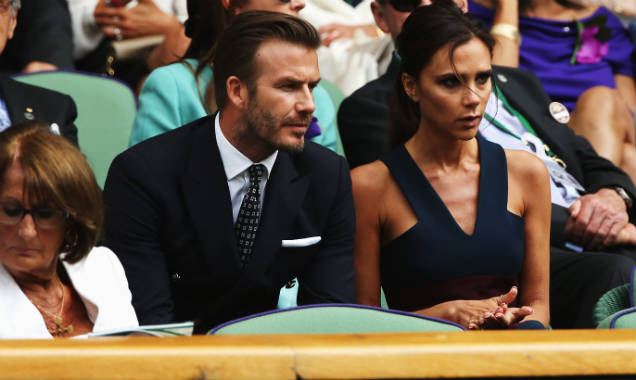 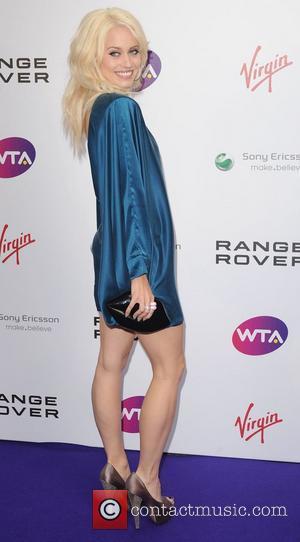