Willy Mason is set to return this winter with his third album (finally!) 'Carry On' due out on December 3rd 2012. Ahead of its release, he unveils the hilarious video for his new track 'I Got Gold (Animal Dance III)'. He is currently on tour in the UK with dates so far stretching through March 2013. 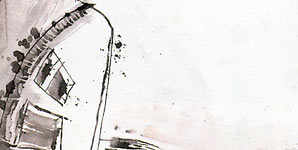