Willow Smith has admitted she was impressed with how her parents dealt with her mother Jada Pinkett Smith's ''entanglement'' with August Alsina.

Willow Smith is ''so proud'' of how her parents handled Jada Pinkett Smith's ''entanglement'' with August Alsina.

The 28-year-old singer had claimed in June that he got Will Smith's ''blessing'' to have an affair with Jada, and although she originally insisted his claims were false, she later revealed they did have a brief romance, but it was not an affair, as she was separated from the 'The Fresh Prince of Bel-Air' star at the time.

Jada and Will later addressed the rumours on an episode of the 'Red Table Talk' Facebook Watch series, where the 'Girls Trip' star called her brief romance with August an ''entanglement''.

And now, the Hollywood couple's 19-year-old daughter has praised her parents for how they dealt with the situation and stood by each other.

On the latest episode of the series, Willow said: ''I want to put it on the table. I'm so proud of you. To be able to see you and Dad do that, for me, that was like, 'Okay, that's the real deal. That's real love.

''When you can be like I'm with you, I'm going to stand by you and I'm going to hold your hand, because I love you. That's really important.''

On how vulnerable she felt at the time, Jada admitted: ''[It was a] full blast of, like, flaws, and feeling and just the total breakdown of any mask.''

The 49-year-old actress had told Will, 52: ''It was a relationship. I was in a lot of pain, I was very broken. In the process of that relationship, I definitely realised that you can't find happiness outside of yourself. Luckily enough, you and I were also going through a process in a much different matter. I would definitely say we did everything that we could to get away from each other, only to realise that that wasn't possible.

''I just wanted to feel good. It had been so long since I felt good. It was really a joy to help heal somebody.''

When Will and Jada began communicating again, Jada claimed August ended their relationship.

Will said: ''I was done with you. We decided that we were going to separate for a period of time and you go figure out how to make yourself happy and I'll try to figure out myself happy. I really felt like we could be over.'' 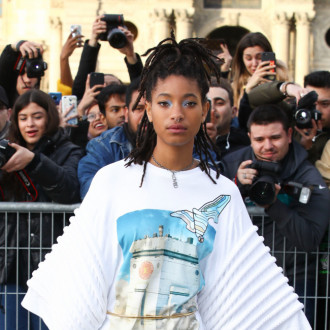 Willow Smith: 'It took courage to walk away from first album'