The 15-year-old wants to 'continue excavating my inner worlds'

Willow Smith has surprised fans by ‘pulling a Beyonce’ and dropping her debut album unexpectedly. Ardipithecus hit on Friday morning and is now available on iTunes and Spotify. The album features 15 new tracks and comes five years after Smith released her first single, ‘Whip My Hair’. 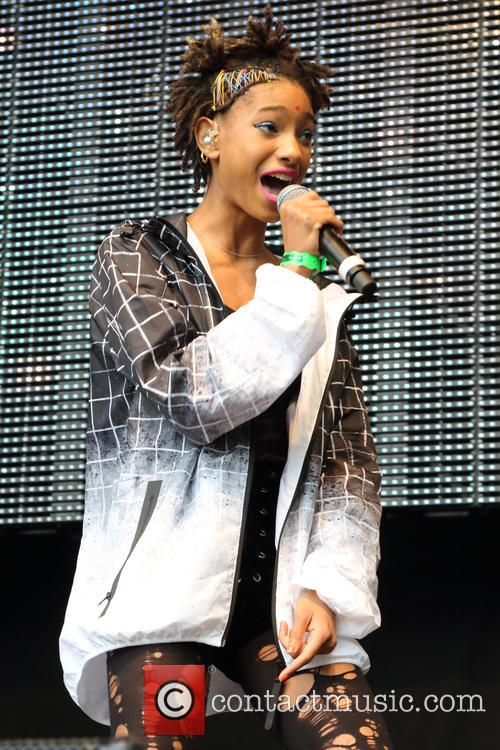 In a statement about the record to Fader Smith said: "Ardipithecus Ramidus is the scientific name of the first hominid bones found on earth. I wanted to name my musical compilation after it because, while I was making these songs I was in such a transitional state.”

“Digging deep in the soil of my heart and finding bits and pieces of my ancient self that tell stories, which end up being the lyrics to the songs. Ardipithecus is my first album in my entire career and it makes me feel so blessed to be able to share my evolution with the LightEaters as I continue excavating my inner worlds…”

The 15-year-old is credited as the sole songwriter on 14 of the tracks and as the producer on 10 of them. Earlier this week Smith teased that she might have something special planned for Friday, by posting an Instagram message which simply read: 'Dec. 11th.’

But the album contains some controversial lyrics, with the teenager making references to sex and drugs. On opening track ‘Organization & Classification’ Smith sings 'I call it crystal, man. You call it rock.'

The same song also features a reference to her famous parents Will Smith and Jada Pinkett Smith with the lyrics, ‘My parents are one and two and I am their child, I am three. I am the wild, I am free.’ Smith first ventured into music in 2010 with the release of debut single ‘Whip My Hair’.

The upbeat track went on to become a surprise hit, peaking at number 11 on the US Billboard chart and at number two in the UK. She went on to release follow-up single ‘21st Century Girl’ and also collaborated with brother Jaden on his 'Cool Tape' mixtapes.