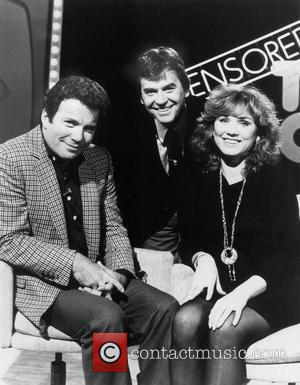 Picture: William Shatner, Dick Clark, Marilu Henner Unknown TV Special This is a PR photo. WENN does not claim any Copyright or License in the attached...

Veteran actor William Shatner has shown off his presenting skills by hosting a satirical TV news show in Britain.
The 81 year old took charge of Have I Got News for You, which was broadcast in the U.K. on Friday (25May12), and appeared from behind a screen to rapturous applause from the studio audience.
He joked with the celebrity panellists, broadcaster Charlie Brooker and comedian Andy Hamilton, about news topics from the week including the G8 summit, the Leveson Inquiry and the Olympic Torch relay.
During the show, Shatner sang along to Sir Elton John's hit Rocket Man and at one point team captain Paul Merton declared, "Can I just say what a joy and what a surreal experience it is having you on this show."
Shatner replied, "May I say, it's an out-of-body experience for me too!"