By Christopher Null
Weak
Self-obsessed pop star and Dancing with the Stars also-ran Willa Ford makes her debut star turn (not counting the title role in Anna Nicole, I mean... how could you?) in Impulse. What must be a tragic heartbreak to Ms. Ford, the movie went straight to DVD. One wonders, if she had known it would turn out so poorly, if she would have agreed to spend so much time in the film with her clothes off.

There's a glimmer of cleverness in the story: Claire (Ford) finds her marriage to her puffy, stuffy husband Jonathan (Angus Macfadyen) is starting to fade, so she's constantly experimenting with role-playing to try to get some fire back in the sack. One of her games is for them to pretend they don't know each other at all, which makes for a fun roll in the hay. Claire is surprised when Jonathan shows up to meet her on a business trip out of town, and he plays along in the hotel bar, pretending he doesn't know who she is when she makes a pass at him. After a roll in the hay, she's reinvigorated. She gets a strange text message and agrees to another fling. Only later does she realize the impossible: It's not her husband at all, but a dead ringer for him named Simon. (And of course they look alike: Macfadyen plays both characters.) 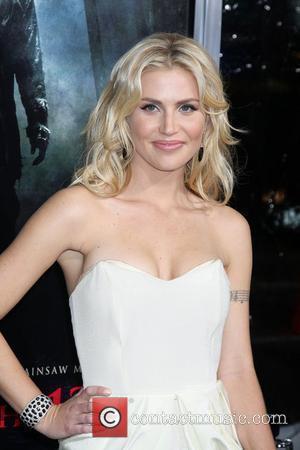