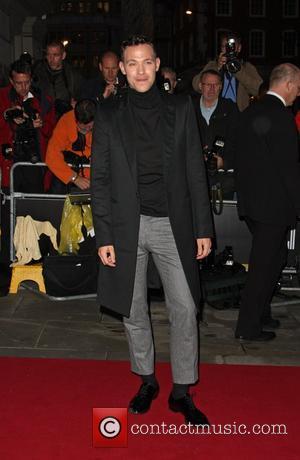 Singer Will Young turned the airwaves blue on Sunday (11Sep11) during a concert in London.
The Leave Right Now hitmaker performed at Bbc Radio 2's Live In Hyde Park show, but warned fans early on he was suffering with throat problems and would have to shorten his set.
Young said, "I'm so sorry everybody but as you can hear I'm afraid I'm having a real problem with my voice, which is really upsetting because I've only ever missed one gig in 10 years. I'm going to do my best for you guys."
He sang five of his hit tracks, and partway through his performance Young told the crowd, "Thank you so much for being so patient with me. I really look forward to seeing you again when I'm in finer voice. Oh, and it's f**king raining!"
Realising his set was being broadcast live on Radio 2, Young swiftly said, "Oh sorry, are we on radio? Sorry. I was doing really well as well. Oh well, f**k it."
A Radio 2 official then interrupted the set to tell listeners, "I'd just like to apologise for some of the language you're hearing at the moment. It's live from Hyde Park but our apologies if anyone's offended."