Will Smith to star in Wild Bunch

Will Smith is to star in 'The Wild Bunch' remake, which will be set in the modern day. 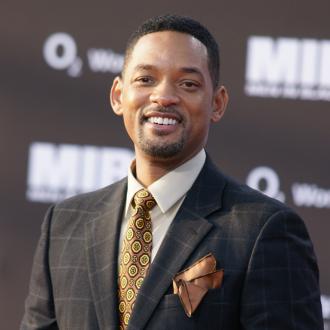 Will Smith is to star in 'The Wild Bunch' remake.

The 'Wild Wild West' actor is considering an undisclosed role in Warner Bros.' forthcoming Western movie, which will be set in the present day.

The 1969 original followed a group of outlaws looking to make one last big deal on the Texas-Mexico border amid facing up to problems with the Old West as they know it in 1913 vanishing around them.

However, according to The Wrap, the remake will be set in modern times and see a disgraced D.E.A. (Drug Enforcement Administration) agent recruit a team to go after a Mexican drug baron and his gang.

Smith will co-produce the movie through his Overbook company, along with Warner Bros. and are currently searching for a new writer and director.

Tony Scott had been developing the project before his death last year, and Brian Helgeland and David Ayer have worked on the script.

Smith can next be seen in 'After Earth', which is scheduled for release next month.