He shows his admiration after the video hit 100 million views.

It must be an amazing feeling when you see your child chasing their dreams and finding success with it. That's what inspired Will Smith to parody Jaden Smith's 'Icon' video as a congratulations for reaching 100 million Spotify views - and he absolutely adores the hilarious tribute. 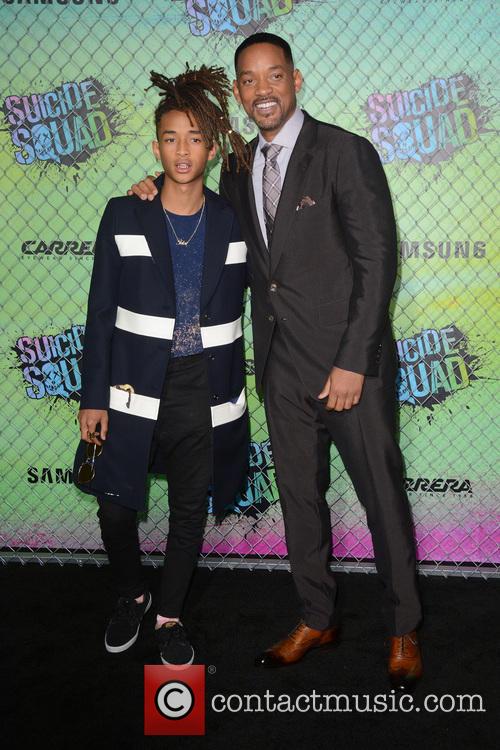 Will Smith and Jaden Smith at the 'Suicide Squad' premiere

19-year-old Jaden epitomises rap in the video for 'Icon', in which he can be seen in a denim jacket, gold chains and a golden grille stepping out of a supercar and strutting some Michael Jackson-style moves against a hilly, sunset backdrop.

Will Smith dons a similar denim and gold ensemble, though he didn't have a gold grille to hand. Instead, he flashed a sneer with a gum guard in his mouth, and even sprayed his hair blond to match his son. He can be seen moon-walking out of his slippers and accidentally popping out his mouthpiece in the jokey tribute.

'J-Diggy! I'm proud of you, baby. 100 million streams. Congratulations, man', he said at the end of the video, adding in the video caption on Instagram: 'It is a delicious gift to a parent to admire his children. Keep doin' you!'

Will and Jaden love to make a fool of each other though, and the latter responded to this display of affection with a heartfelt message of appreciation.

'Dad this is the funniest thing I've ever seen in my life', he said. 'You're the best father anyone could ask for. Thank you for allowing me to express myself even when I take it to far sometimes. I love you more than you will ever know because you taught me how to love.'

More: Will Smith to return for 'Bright' sequel?

'Also thank you for having the best Instagram on the planet', he added.

'Icon' is taken from Jaden's debut studio album 'Syre' which dropped in November 2017. He also already announced a follow-up, which will be titled 'Erys' (that is, 'Syre' spelt backwards).