Will Smith Originated Men In Black 3

Director Barry Sonnenfeld says the idea for new movie 'Men In Black 3' came from actor Will Smith when they were shooting the second film in the series. 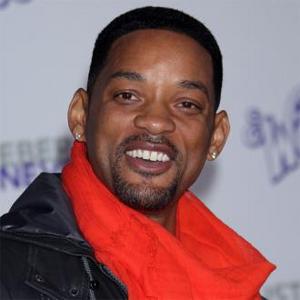 Will Smith came up with the concept for 'Men In Black 3'.

The actor reprises his role as alien fighting Agent J in the third instalment of the popular movie franchise and director Barry Sonnenfeld revealed Will came up with the idea himself, which sees him travel back in time to rescue his partner (played by Tommy Lee Jones).

He said: ''Will calls me Baz. When we were shooting 'Men In Black II' [in 2002], one night he said 'Hey Baz, I think I have an idea for number three'. The basic idea was that Will's character, Agent J, would have to go back into the past to save his partner. It allowed the movie to take place in another era, and us to learn more about Tommy Lee Jones' character. But it turned out to be a very long process of development, mainly because of the knotting issues of time travel, the time travel thing was really hard.''

Barry also revealed he started shooting the movie without a finished script which made the whole process more difficult.

He told Empire magazine: ''We knew starting the movie that we didn't have a finished second or third act. Was it responsible? The Answer is, if the movie does as well as I think it will, it was genius. If it's a total failure, then it was a really stupid idea.''