Set for release next year, the new record will be Smith's first in 11 years, and he's also likely to bring DJ Jazzy Jeff on tour with him.

The whole world seems to have been in love with the ‘90s in the recent past, and nostalgia lovers are about to get a new treat. Will Smith is planning to revive his musical career, with a new album and a world tour planned for 2016 alongside his old comrade DJ Jazzy Jeff.

Smith became an international superstar in the late ‘90s with his radio-friendly brand of rap, but has mainly concentrated on his big screen career since his popularity as a musician started to dwindle in the new millennium. However, in a new interview with Zane Lowe on his Beats 1 radio show, the 47 year old says he’s keen to get back out on the road and give the world some new music. 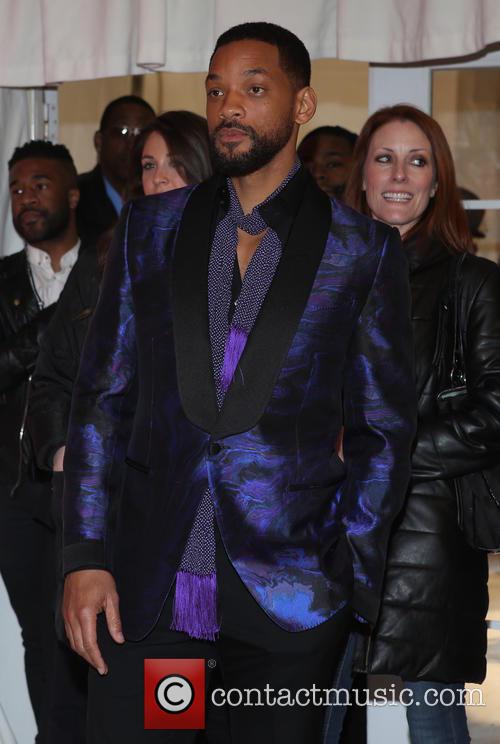 Will Smith is due to reignite his rap career, with a new album and world tour in 2016

He’s already got more than 30 songs in the can, with “six or seven that I really, really like”. He also said that he was “pretty sure” that he would be taking Jazzy Jeff on the world tour, which is tentatively pencilled in for summer 2016. “Jeff and I actually have never done a full tour. I'm terrified,” he admitted. “We've had a week run here, two weeks there. I'm really ready man.”

The news comes barely a week after Smith unveiled his remix of Bomba Estereo’s ‘Fiesta’ in which he raps in both English and Spanish. He described the track to Lowe as “shaking the rust off, knocking the dust off” after such a long time away from the rap scene.

Smith sold over 10 million copies of his 1997 album Big Willie Style, which yielded four absolutely massive hit singles in the shape of ‘Men In Black’, ‘Gettin’ Jiggy Wit It’, ‘Just the Two of Us’ and ‘Miami’. However, he experienced diminishing commercial returns over the next seven years, wrapping up his solo career with 2005’s Lost and Found.

Speaking about the prospect of releasing a first album in over a decade, Smith confided that he was “terrified” about it. “When you've had a certain amount of success, it seems like it should breed confidence,” he said, “but it actually doesn't. When you win a lot, you lose the ability to lose. You're not allowed to lose anymore.”

He’s been recording the new album during the short breaks he’s had between filming the DC Comics adaptation Suicide Squad. “I'm really inspired and right now creatively my only struggles are figuring a way to say the things I want to say in a way that is still inspiring,” he said.

More: Will Smith reportedly producing a reboot of ‘The Fresh Prince of Bel-Air’