The teaser trailer has arrived for the December release.

What if human beings weren't the only creatures that were in charge of how the Earth was run? What if all the creatures you ever read about in fairytales and folklore were real? It would sure make things harder for law enforcement. New Netflix thriller 'Bright' explores the world of crime when orcs, elves and fairies live among humans. 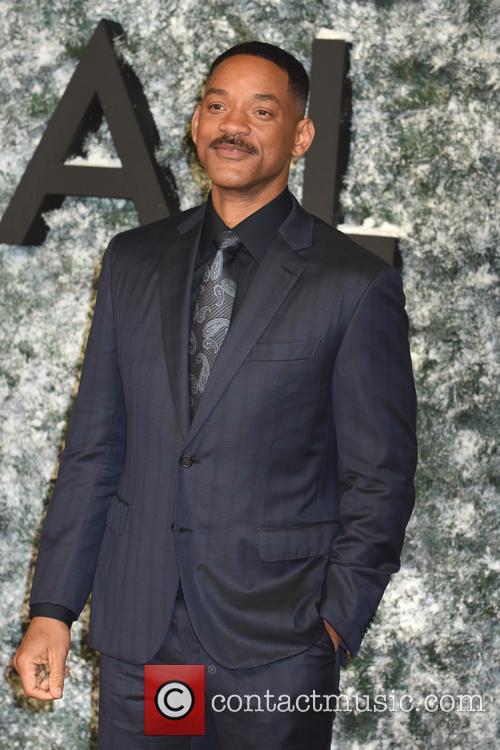 Will Smith stars in 'Bright'

The first teaser trailer of the new Netflix original movie gives a glimpse of Will Smith as a human police officer named Scott Ward, a man who's forced to team up with an orc cop named Nick Jakoby (Joel Edgerton) on his latest patrol. In fact, Jakoby happens to be the first cop in the force who is also an orc.

Ward better hope he's as hellbent on justice as he is though because there's a darkness engulfing the city that could change the world for the worst. There is a dangerous magical weapon out there that just about anybody would do anything to get hold of. But in the wrong hands it's likely to be the most destructive object to ever hit the earth.

Based in Los Angeles, 'Bright' is certainly not the first of its kind to combine fantasy with modern day reality. 'Once Upon A Time' shared a similar sentiment, only with the clashing of two dimensions, and 'The Shannara Chronicles' follows a futuristic look at folkloric creatures.

More: The Discovery is another forthcoming Netflix movie

The film has been directed by David Ayer ('Training Day', 'End of Watch', 'Suicide Squad') with a script written by Max Landis ('Chronicle', 'American Ultra'). Alongside Will Smith and Joel Edgerton are stars Noomi Rapace, Lucy Fry as an elf named Tikka, Edgar Ramirez as an elf FBI Agent named Kandomere, Margaret Cho, Ike Barinholtz and Brad William Henke as the leader of the Fogteeth Orcs gang Dorghu.