Will Smith Academy Of Motion Pictures And Sciences Jada Pinkett-Smith

Smith is the latest celebrity to speak out about the lack of diversity in The Oscars nominations.

Will Smith has announced that he’s joining his wife, Jada Pinkett Smith, in her protest at the absence of diversity in the Academy Awards nominations, and won’t be attending the February 28th ceremony.

Appearing on ‘Good Morning America’ on Thursday (January 21st), the Concussion star said: “My wife’s not going. It would be awkward for me to show up with Charlize [Theron]” he quipped, before saying seriously “we’ve discussed it and we’re a part of this community, but at this current time, we’re uncomfortable to stand there and say this is okay.” 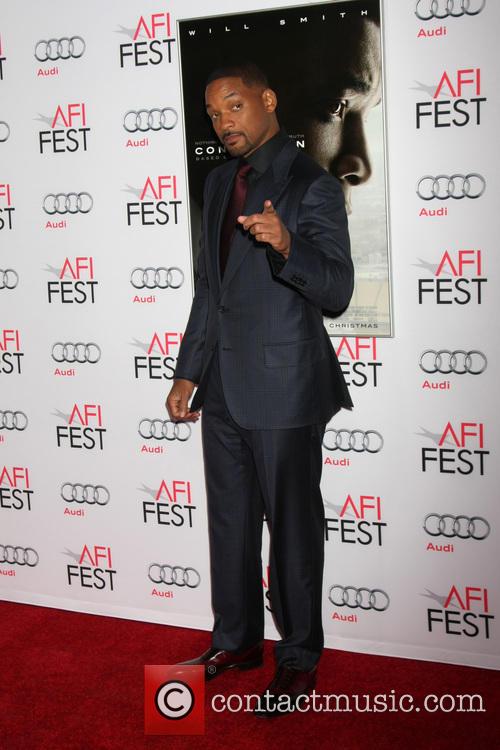 Will Smith will be joining his wife, Jada Pinkett Smith, in boycotting the Oscars

The 47 year old is the latest celebrity to speak out about the state of the Oscars, after none of the acting nominations went to a single black actor, despite movies like Beasts of No Nation, Creed and Smith's own Concussion performing well at other awards. As well as Smith’s own wife, director Spike Lee, Lupita Nyong’o and David Oyelowo have criticised the Academy, and pressure is mounting on Chris Rock to quit as the Oscars host altogether rather than satirise it from the inside.

“If you think back 10 years ago, the Academy was doing a better job,” George Clooney also wrote in a recent piece for Variety, referring to Oscars in quick succession for Denzel Washington, Halle Berry and Jamie Foxx.

Smith continued with his take on things: “I think diversity is the American superpower. That’s why we’re great. So many different people from so many different places adding their ideas, their inspiration and influences to this beautiful American gumbo,” he said. “For me, at its best, Hollywood represents and then creates the imagery for that beauty. But for my part, I think I have to protect and fight for the ideals that make our country and the Hollywood community great. So when I look at the series of nominations from the Academy, it’s not reflecting that beauty.”

More: Will Smith felt “terrible” when he discovered the fate of his original ‘Independence Day’ character