Will Smith says he and his wife Jada Pinkett Smith treat their young children Jaden, 14 and Willow, 12, like adults. 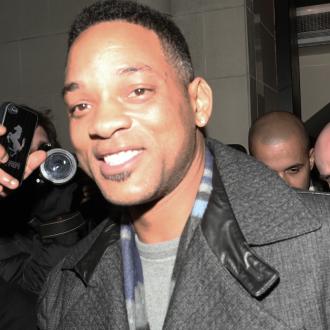 The 'After Earth' actor has kids Jaden, 14 and Willow, 12, with wife Jada Pinkett Smith, 41, along with son Trey, 20, from a previous relationship and Will insists they never tell their children what to do.

He explained to Haute Living magazine: ''My style of parenting is very similar to that of my parents, minus the concept of ownership. I think that, specifically in African American households, the idea coming out of slavery, there's a concept of your children being property and that was a major part that Jada and I released with our kids.

''We tell our kids 'you don't have a room, that's our room and we are letting you borrow it'. So the same way you would say to an adult if you let them use your car, you say, 'Yo man, clean my car! Don't drive around all filthy like that!' And it's perfectly reasonable for you to want an adult to clean your car, so we feel it's perfectly reasonable to ask our kids to clean the rooms that we are letting them use.''

While it was recently reported that Jaden will seek legal emancipation from his parents, Will, 44, insists it was merely a joke of his that was misunderstood.

He added: ''That was a joke! I made a joke. He is definitely not going anywhere; he is so scared of being out on his own. Willow is probably going to be emancipated before Jaden! I think I was in Tokyo where I made a joke that if he has a day where his movie is bigger than one of mine then there's no reason for him to live in my house. His 15th birthday is coming up so he can probably be emancipated.''