The 47-year-old-actor was hailed as ‘a champion of diversity in Hollywood’.

Will Smith’s career was honoured at the MTV Movie awards last night (April 9th) when he received the MTV Generation Award. Jokingly describing the honour as ‘the old dude award’, Smith said he had dedicated his career to helping people and being ‘a light in this world’. 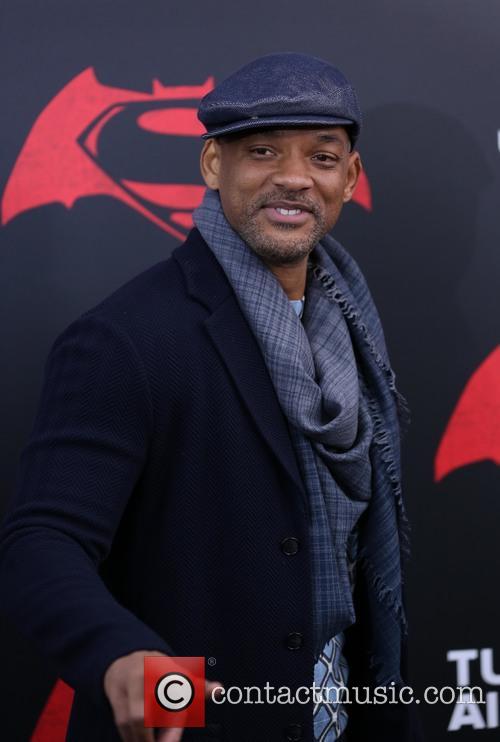 The award was presented to Smith by actress Halle Berry, who described her good friend as ‘a champion of diversity in Hollywood’. “Will is a champion of diversity in Hollywood,” Berry said. “Blazing a path for actors by showing that someone of any colour can play any role, and can open any movie and win any award and be the biggest freaking movie star in the whole world.”

More: Will Smith Confirms Return To Music, Plans To Tour With Jazzy Jeff This Summer

"This is absolutely beautiful," Smith said as he took the stage. "I released my first record when I was 17. I'm 47 years old now. This June marks 30 years in this business.” The actor then joked: “When I first heard MTV wanted to give me the award I thought that was code for the old ass dude award - hey congrats the best work is behind you.”

“I’m dedicated to being a light in this world,” he continued. “I want to help people. I want to be a light. I want to play roles that have dignity. There’s so much suffering in this world, and I just want you to know I am dedicated ‘til I die to light and to love.”

The 47-year-old then reflected on his career and his legacy saying: "I was in Brooklyn the other day..and these women came running out, they were like, 35, 40 years old and they were saying 'Oh my God, Will, yeah, come on lets get a little Snap Chat,.”

More: Will Smith Says His Decision To Boycott Oscars "Isn't About Me"

"And one kid eight years old said 'Oh my God I don't know who you are’. I leaned down and I said, 'I am the Karate Kid's dad,' and he was like 'that is Jaden's dad.’” Smith, who famously boycotted this year’s Oscars, was accompanied to the ceremony by actor sons Jaden and Trey.