The 46-year-old actor recently teased fans about the possibility of releasing new music after a 10-year hiatus.

Will Smith has made his fans go into a frenzy after recently hinting that he may end his ten-year-long hiatus from the music scene and release some new material in the not too distant future. The 46-year-old actor's last studio album was 2005's 'Lost and Found.' 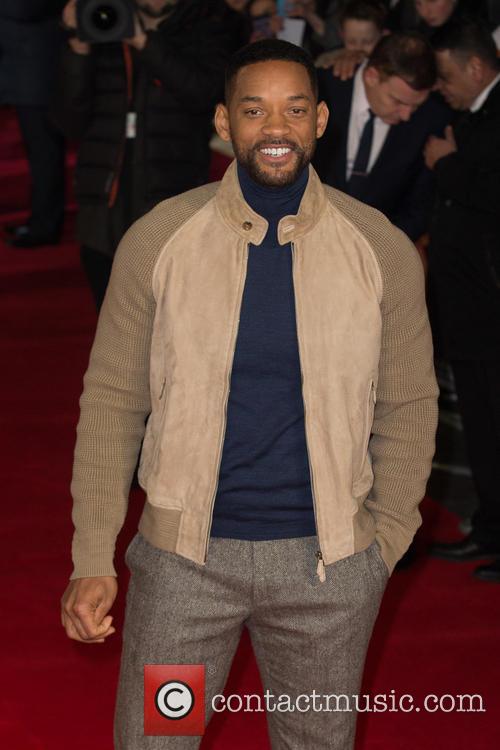 While taking part in a press conference in London for a special screening of his new film, 'Focus,' the 46-year-old actor revealed that he has been in the recording studio with none other than Kanye West and has even been taking advise from his 16-year-old son Jaden.

"I went into the studio with Kanye. I'm thinking about it. I'm exploring," Smith told reporters at the screening, via the Associated Press.

"I'm not sure what I'm going to do yet but I'm exploring," he continued. "I'm in a creative ceiling. My son tells me I have to write out the things I don't like. I can't write and stop, I have to keep going and going and write them out. I've never worked like that before but I think I might give that a shot."

In his latest flick, 'Focus,' Smith stars as a veteran conman who takes a young, attractive woman (Margot Robbie), who is an aspiring hustler, under his wing, but things get complicated when the pair become romantically involved.

This will be Smith's first starring role since the critical and financial flop 'After Earth' (2013), which he recently admitted left him feeling troubled when the sci-fi flick performed so poorly at the North American box office.

More: Will Smith Opens Up About First Major Box Office Flop 'After Earth': "A Thing Got Broken In My Mind"

"After the failure of After Earth, a thing got broken in my mind," the 'Fresh Prince of Bel Air' told reporters this past weekend. "[Afterward] I was like, 'Oh, wow. I'm still alive. Oh, wow. Actually, I still am me, even though the movie didn't open number one. Wait. I can still get hired on another movie.'"

"So when I went into Focus, I completely released the concept of goal orientation and got into path orientation," he added. "This moment, this second, these people, this interaction. It is a huge relief for me to not care whether or not Focus is number one or number 10 at the box office."