Will Smith has 'bug' for performing

Will Smith wants to get stuck back into music after performing in Blackpool over the weekend. 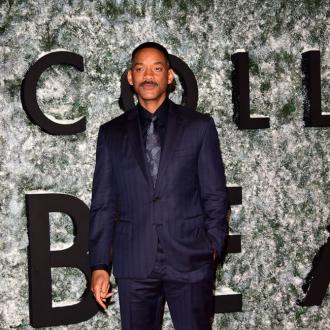 Will Smith has ''got the bug'' for performing again.

The 48-year-old actor made his musical comeback at the weekend when he joined his long-time friend and collaborator DJ Jazzy Jeff on stage for their new song 'Get Lit' at the Livewire Festival in Blackpool, England, and now he's fallen back in love.

Speaking to 'Entertainment Tonight', he said: ''Now I got the bug. I was on fire last night. It was the first time being on stage in a while.

''I blew my voice out a little - I do that all the time. I just can't contain myself on stage. I blew my voice out hard. I hurt my knee on 'Summertime'. All the way through the second verse, I was trying to do the leaning to the side (move). You can't speed, though. I leaned a little too far and my meniscus was bothering me.''

However, although he's keen to get stuck back into music, Will is adamant there are no plans to reprise the comedy 'The Fresh Prince of Bel-Air', which ran from 1990 until 1996, and if there ever were a reunion, it would mean his career is crumbling.

He explained: ''Stuff had to go really wrong for there to be a 'Fresh Prince' reunion special. Like, I don't know what would have to happen! Nah man, you can't touch stuff like that. It's so nostalgic for people - I'm not going nowhere near that.''