Will Smith Launches Defence Of Netflix At Cannes Film Festival

Smith was speaking at a press conference of the Cannes Film Festival jury on Wednesday.

Will Smith has used his position on the jury of this year’s Cannes Film Festival to launch a passionate defence of streaming giant Netflix, in disagreement with the jury’s president, director Pedro Almodovar.

Smith was part of a four-strong jury that gave a press conference at the annual film festival in the south of France on Wednesday afternoon (May 17th), alongside president Almodovar, another director in the shape of Paolo Sorrentino and Hollywood A-lister Jessica Chastain.

The topic of discussion soon got onto the Netflix revolution, which is disrupting the conventional film industry because it distributes films often without giving them a theatrical release at all. Two of the films touted for the Palme d’Or this year didn’t get a French cinematic release until very recently (Okja and The Meyerowitz Stories), and it has made French distributors upset. 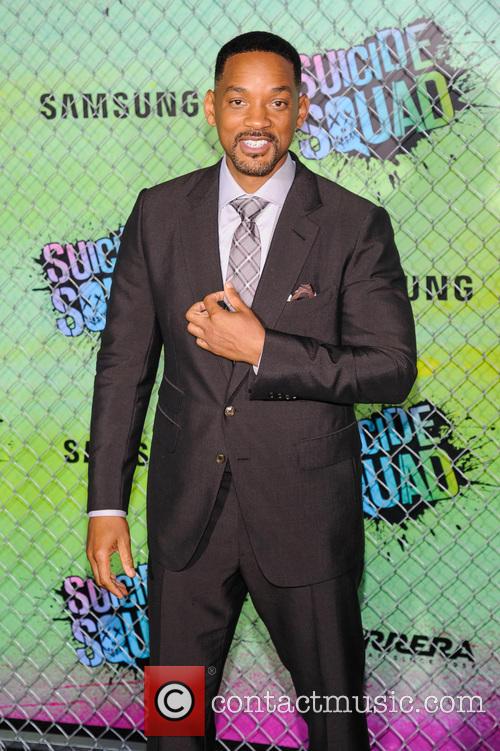 Will Smith is on the Cannes Film Festival jury

“I personally do not conceive, not only the Palme d’Or, any other prize being given to a film and not being able to see this film on a big screen,” Almodovar said, going first and leaving few in doubt as to his stance, according to Variety. “All this doesn’t mean I’m not open or don’t celebrate the new technologies. I do.”

“I’ll be fighting for one thing that I’m afraid the new generation is not aware of,” he added, saying that the cinema was the ideal place to watch a film. “It’s the capacity of the hypnosis of the large screen for the viewer. The size [of the screen] should not be smaller than the chair on which you’re sitting. It should not be part of your everyday setting. You must feel small and humble in front of the image that’s here.”

More: The Fresh Genie of Agrabah – we can totally see Will Smith in ‘Aladdin’ live-action re-boot

However, Smith seemed to defy Almodovar when he added a few moments later that Netflix was a big hit in his household and with his three children.

“They go to the movies twice a week and they watch Netflix,” Smith said in defence of the company. “There’s very little cross between going to the cinema and watching what they watch on Netflix in my home. It has been nothing but an absolute benefit. They get to see films they absolutely wouldn’t have seen. Netflix brings a great connectivity. There are movies that are not on a screen within 8,000 miles of them. They get to find those artists.”

Tense stuff. However, the conversation wasn’t all serious, as Smith emphasised how honoured he was to be a part of the jury and get the opportunity to binge watch all the art-house entries.

“When I first got the call, I was really excited,” Smith remembered. “I was probably 14 years old the last time I watched three movies in one day. Three movies a day is a lot! I’m going to be in bed every night, and I’m taking it very seriously. I will be watching wide awake, focussed to do my best.”