Will Smith Says His Decision To Boycott Oscars "Isn't About Me"

The 'Concussion' star appeared on 'Good Morning Britain' to explain his decision to boycott this year's Academy Awards.

Will Smith has spoken some more about his decision to join his wife Jada Pinkett Smith in boycotting this year’s Oscars ceremony, saying that he wants to be “part of the solution” to the diversity problem in the movie industry.

Smith is currently in Britain promoting Concussion, the movie which had seen him tipped to be in contention for the Best Actor trophy before the nominations were announced and he was left off the five-strong shortlist. For the second year in a row, all 20 acting nominations were taken up by white actors, much to the ire of social media. 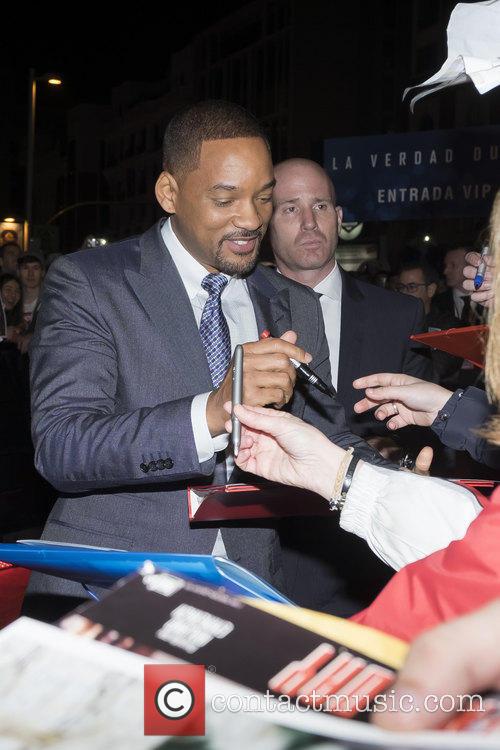 Will Smith at the European premiere of 'Concussion' in January 2016

Appearing on ITV’s ‘Good Morning Britain’ on Friday (January 29th), the actor insisted that his decision to join the boycott was not because of his rejection. “[It] has nothing to do with me being nominated or not or wanting to win awards or not.”

“For me the issue is, I believe diversity is America's superpower,” he explained. “I think that's what makes our country great and special. If the image coming out of Hollywood narrows, it's almost criminal. It's like we're narrowing the collective American imagination and that to me is the issue.”

Smith has been nominated for Oscars on two occasions previously – for 2001’s Ali and 2007’s The Pursuit of Happyness – but was overlooked this year for his praised portrayal of NFL doctor Dr. Bennet Omalu, who fought to get his research on brain damage in retired American football players published.

“I'm a member of the Academy, so this is a problem that we all have to solve collectively,” he continued. “For me the only reason it's an issue this year is because it feels like a regression. There is something happening in our country that's being reflected in Hollywood, that's being reflected in the Academy that I for one want to be a part of making the adjustment. I want to be part of the solution.”

Smith’s wife and outspoken director Spike Lee are among the other names who will not be attending the 2016 Oscars. The ceremony is held on February 28th, and is hosted by Chris Rock.

More: The Academy Awards Boycott – both sides of the debate