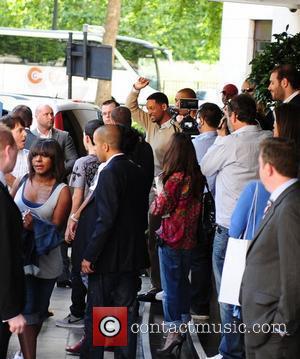 Will Smith's daughter Willow is aiming to make her mark on the fashion industry - she shares a stylist with Rihanna and hopes to launch her own clothing line.
The nine-year-old actress has already embraced her own edgy, adult look and her clothing consultant, Mariel Haenn, who also dresses the Umbrella hitmaker, is convinced Willow is a budding trend-setter.
She tells Hollywoodlife.com, "We make an effort to give Willow her own style, so as not to be a mini-version of Rihanna, but Willow really knows what she likes and what she doesn't like, and she's vocal about it."
Hann reveals Willow's mother, Jada Pinkett Smith, is fully supporting her daughter's interesting fashion choices, explaining, "Jada said upfront that she didn't want us to dress them like standard kids, like with Sesame Street t-shirts.
"And the kids really like dressing as adults and hope that adults will want to dress like them. But Jada will put her foot down if there's something she doesn't like, though if the kids really love it, she'll usually let it pass."
Hann also admits Willow and her 12-year-old brother Jaden are both aiming to launch their own fashion lines.
She adds, "With Rihanna, pretty soon after she came on the scene, you started seeing designers from Forever 21 to Gucci coming out with styles mimicking her look. We hope the same thing happens here, but I think the ultimate goal is for Willow and Jaden to have their own line."