Jemaine Clement For Men In Black 3? 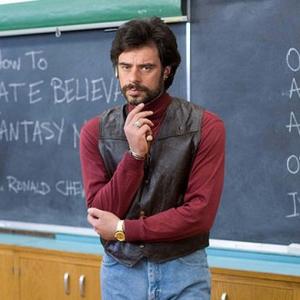 Jemaine Clement is in negotiations to play bad guy Boris in 'Men In Black 3'.

The New Zealand-born singer is in the final stages of talks to play a part in the movie alongside Will Smith and Tommy Lee Jones.

According to The Hollywood Reporter's Heat Vision Blog, Josh Brolin will play a young Tommy Lee in the movie, which will mostly be set in 1969 and feature a host of new characters.

Jemaine's character in the film - which will be shot by Barry Sonnenfeld in 3-D - is described as being charming yet creepy.

The singer-turned-actor has starred in a number of films in recent years including 'Gentlemen Broncos' alongside Sam Rockwell and Jennifer Coolidge and he will soon be hitting cinemas in Steve Carell and Paul Rudd's 'Dinner for Schmucks'.