The Black Eyed Peas think there would be ''no point'' in reforming unless they are able to come up with a new musical style. 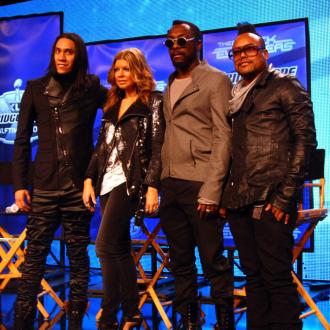 The Black Eyed Peas insist they won't reform unless they develop a new sound.

The 'Where Is The Love?' band - made up of Will.i.am, Fergie, taboo and apl.de.ap - have been taking a break from recording and performing since the release of their last album 'The Beginning' in 2010 and group leader will.i.am believes there's ''no point'' in reuniting if they aren't able to come back with a fresh musical style.

He told radio station Capital FM: ''We're doing some configuration as far as, 'What do we do as the Peas next?'

''[I said], 'There's this guy called David Guetta and there's like this underworld, we should do songs like that.'

''Now we have to do something that no one's thought of, so you're thinking like, 'The Black Eyed Peas are what?' If it doesn't spark that conversation, then there's no point.''

The band have produced six studio albums and members have also enjoyed success with a number of solo projects during their hiatus.

will.i.am, 39, has had hits including 'Scream And Shout', featuring Britney Spears, and has recently unveiled his new track 'It's My Birthday' with singer Cody Wise.

Meanwhile, Fergie, also 39, has been spending time with her nine-month-old son Axl with husband Josh Duhamel.