Will Ferrell Thrown Out Of Basketball Stadium

Don't worry - the actor was at the New Orleans Pelicans game to shoot a scene from his upcoming comedy 'Daddy's Home'.

Actor and funny-man Will Ferrell got thrown out of a basketball game after nailing a cheerleader with a ball. This wasn’t some disgraceful public meltdown, though: Ferrell had surprised New Orleans fans during half-time by shooting part of his new film Daddy’s Home, which also stars Mark Wahlberg. 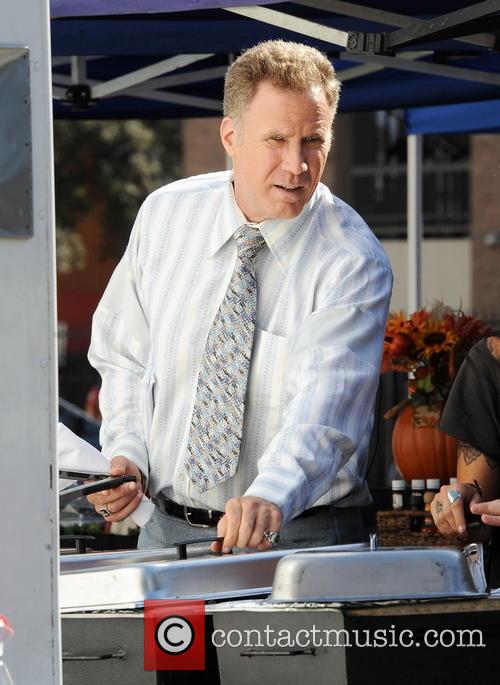 Wahlberg was also courtside on Wednesday night at the Smoothie King Center, home of the New Orleans Pelicans who were playing host to a game against Los Angeles Lakers. Ferrell shot a scene that required him to drunkenly attempt a half-court shot and miss, wiping out an unsuspecting cheerleader in the process.

The cheerleader in question wasn’t hurt – she was played by a Hollywood stuntwoman. After dishing out a fair bit of abuse to Wahlberg, Ferrell’s character was wrestled to the ground by courtside security guards, picked up and hauled out of the arena.

More: Penelope Cruz set to join Ben Stiller and Will Ferrell in ‘Zoolander 2’

Daddy’s Home has been filming in New Orleans since the end of November, and according to the IMDb its plot concerns a divorced man (Ferrell) who re-enters the life of his ex-wife after she enters a relationship with a new man. Wahlberg plays the new guy, and Linda Cardellini, star of TV’s ‘ER’ and forthcoming ‘Bloodline’, plays the ex. Wahlberg and Ferrell both have previous on-screen experience together from 2010’s action comedy The Other Guys.

Sections of the crowd were initially confused, but at the end of the filming, the Pelicans’ announcer thanked the crowd for their “participation and patience”. They’ll all be extras in the new film, slated to be released by the end of 2015, so they definitely got their money’s worth on top of a resounding 96-80 home win!

More: ‘The Lego Movie’ finishes top of the UK box office for 2014