Will Ferrell Honoured With Star On Hollywood Walk Of Fame

The 'Get Hard' star was honoured for his contributions to comedy with a star on the legendary pavement on Hollywood Boulevard.

On the eve of the release of his latest movie Get Hard, Will Ferrell has been honoured with a star on the Hollywood Walk of Fame. The unveiling ceremony took place on Tuesday on Hollywood Boulevard, and was attended by fellow comics John C. Reilly and Molly Shannon.

Reilly, who was Ferrell’s co-star in Step Brothers and Talladega Nights: The Ballad of Ricky Bobby, led the speeches in front of the Hollywood Wax Museum, saying “maybe someday, in 50 years, people will look down on the sidewalk and say the things that we say today about some of these people: 'Who the f--- is this guy?’” 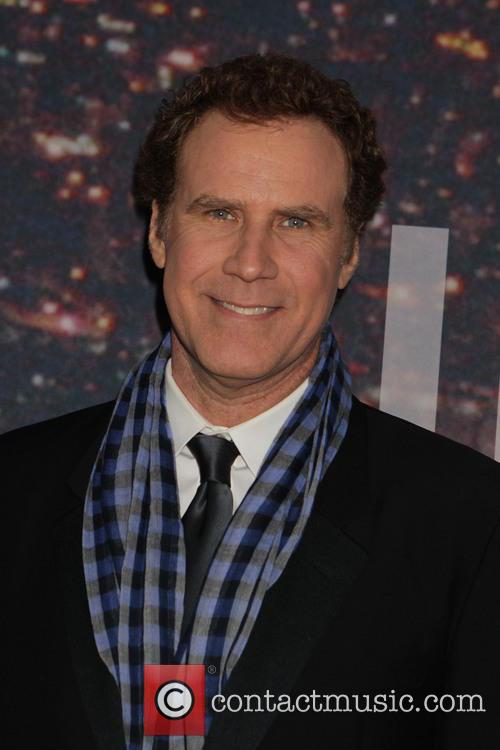 “I hope not. This man is deserving of all the praise we give him today,” he added. Shannon added her tribute, calling Ferrell one of the most genuine people in the movie industry. Kevin Hart, his latest co-star in Get Hard, was also in attendance.

Ferrell reacted with surprise at being honoured in this manner, admitting to Variety before the ceremony: “I’m still waiting for the mayor of show business to show up and kick me out of the formal party because I’m wearing a leisure suit. Comedians don’t get a lot of awards, so this is really nice.”

After completing a degree in sports information at the University of Southern California, Ferrell changed tack and pursued a career in comedy, quickly rising to be a cast member of ‘Saturday Night Live’ where he became renowned for his impressions of President George W. Bush and Attorney General Janet Reno.

At the same time, he began to star in a number of well-received comedy movies, including Elf, Old School and Zoolander. However, his most-loved character by a distance is the legendarily egocentric newsreader Ron Burgundy, who he portrayed in the two Anchorman films.

The eagle-eyed among you might recall that he was also in two of the smash Austin Powers movies, playing Dr. Evil’s luckless henchman Mustapha who is befallen by all sorts of unfortunate incidents.

More: Will Ferrell defends ‘Get Hard’ against accusations of racism and homophobia