Will Ferrell 'Angry' About Anchorman 2

Will Ferrell admits he has been angered by Paramount's decision not to fund a follow-up movie to 'Anchorman: The Legend of Ron Burgundy'. 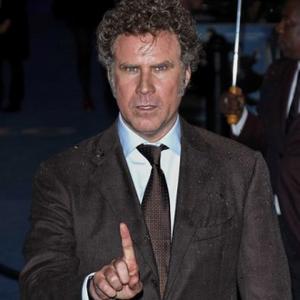 Will Ferrell is "angry" at Paramount for not financing 'Anchorman 2'.

The comedy actor - who starred as news broadcaster Ron Burgundy in 2004's 'Anchorman: The Legend of Ron Burgundy' - confesses he has been annoyed by the studio's refusal to fund the film, and believes they are standing in the way of a fan favourite.

Speaking on the blue carpet at the premiere of his new movie 'The Other Guys' at the Vue Leicester Square in London, Will told BANG Showbiz: "What makes me angry? Probably Paramount."

Asked about the possibility of fans funding the film, he said: "The only problem is that even if the public funded the film, there is a certain studio by the name of Paramount Pictures and they have to agree to it. Right now, they're not."

Director Adam McKay, who worked with Will on both 'The Other Guys' and 'Anchorman', understands the studio may not want to work on the film, but already has ideas for its storyline.

He said: "It's the old news, computer projections of what the film would do and... the truth is 'Anchorman' got most of it's popularity on TV and DVD. It's corporations, it's business. Paramount owns it.

"We were talking about it being about the dawn of the new media, computers, 24 hour news channels, more new things thrown at Ron Burgundy which he didn't handle very well. That having been said we didn't get to writing The Script so it's kind of wide open."