Will Ferrell And Ryan Gosling Honoured At Webby Awards 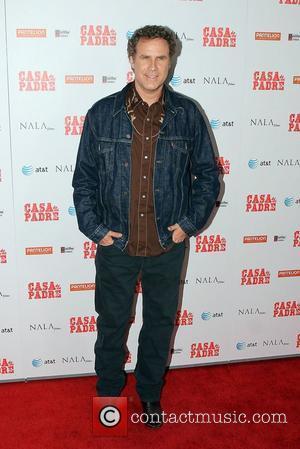 Will Ferrell and Ryan Gosling are among the big winners at this year's (12) Webby Awards, which celebrate the cream of online entertainment.
Funnyman Ferrell, who co-founded the comedy website Funny Or Die, won the best individual performance award for his impersonation of former president George W. Bush reacting to Osama bin Laden's death.
Gosling was honoured alongside Jim Carrey and Eva Mendes in the best comedy entry for their work on Funny Or Die's Drunk History Christmas.
John Hurt and Kiefer Sutherland's web series The Confession won best drama, while rocker/actress Juliette Lewis and Graydon Sheppard were hailed for their S**t Girls Say internet series.
Singer Bjork landed the artist of the year award for her interactive album, Biophilia.
The prizes will be handed out on 21 May at New York's Hammerstein Ballroom, and the winners will be restricted to five word acceptance speeches.