Will Ferrell And Kristen Wiig's Secret Tv Movie Project Is Scheduled To Air In America As Planned, Despite Speculation They Scrapped The Film After Details Leaked In March (15). 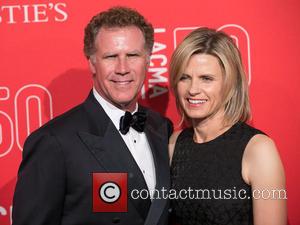 The former Saturday Night Live stars were hoping to keep their film A Deadly Adoption under wraps, but when news of their joint venture leaked, Ferrell suggested he and his production partners were scrapping the movie all together.

He told EW.com, "We are deeply disappointed that our planned top secret project was made public... Kristen and I have decided it is in the best interest for everyone to forego the project entirely, and we thank (network) Lifetime and all the people who were ready to help us make this film."

However, a billboard promoting A Deadly Adoption has recently been put on display on Los Angeles' busy Hollywood Boulevard, suggesting an air date of 20 June (15).

Bosses at the network confirmed the TV movie is indeed back on schedule to air.

A Deadly Adoption features Ferrell and Wiig as a married couple who take in a young pregnant woman, played by Jessica Lowndes, with the aim of adopting her baby.