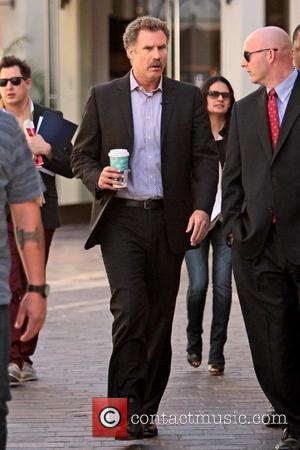 It's official, this time next year the sequel to 2004's Anchorman will be in cinemas! It's kind of a big deal.

Will Ferrell, Paul Rudd, Steve Carell, David Koechner and the rest of the Chanel Four News Team will be reunited once again for the sequel to the much-loved comedy, with writer Adam McKay delighting fans with the news that "It's official. Anchorman 2 has a release date: December 20, 2013," on his Twitter today (Dec 20).

Producer Judd Apatow, who produced the original film and is also signed on to produced the upcoming sequel, further cemented the news into just about everybody's conscious, writing on his Twitter, "One year from tomorrow Anchorman 2 will be in theaters!! It is kind of a big deal."

Filming of the long-awaited follow-up is said to begin in the spring, with Paul Rudd revealing some details about the filming schedule when he spoke to Access Hollywood last week.

The film will follow the transition of old-school local news to the modern 24-hour entertainment news of today. Everyone involved in the original is believed to be returning to their posts, with Kristen Wiig also rumoured to be joining the cast as a potential love interest of Carell's Brick Tamland.

Check out the teaser trailer for Anchorman 2: