'Get Hard' Isn't Quite the Sparky Comedy That the Trailer Promised

'Get Hard' hasn't lived up to the hype, but it's still a decent comedy.

Get Hard, the new Warner Bros comedy starring Will Ferrell and Kevin Hart, doesn’t appear to have lived up to the promise of its hilarious trailer though maybe our expectations were a little too high in the first place – this isn’t a disaster anyhow. 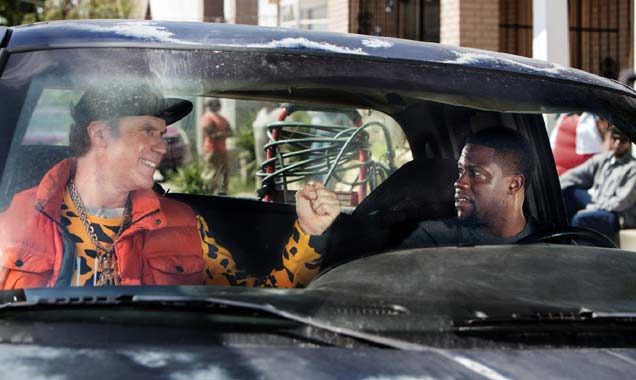 Will Ferrell [L] and Kevin Hart [R] star in Get Hard

It tells the story of a wrongfully convicted investment banker (Ferrell) who prepares for prison life with the help of a man who washes cars (Hart).

“The highest praise I can give "Get Hard" is that it is not quite as awful as it could have been” wrote A.O Scott of the New York Times.

“With Ferrell and Hart involved, it's probably impossible for anyone to completely resist their baser instincts to be amused by the patently offensive. Though it's hard not to wish more moviegoers would,” said Betsy Sharkey of the Los Angeles Times.

More: read our full review of Get Hard

“It's tricky territory to tread, and Get Hard doesn't always get it right, but in a nation where racial and economic divides are growing issues, it deserves credit for trying,” said Sandy Cohen of Associated Press.

“The high concept is delivered more or less efficiently: basically an incorrect and funnier version of Spike Lee's 25th Hour, with a dash of Trading Places,” wrote Peter Bradshaw of the Guardian.

More: Will Ferrell defends Get Hard against accusations of racism and homophobia

“There has to be some type of structure but both of us have the ability to improv and that’s where we shine. We need to make sure our story is on track, but after that you play, and have fun,” Hart told HeyUGuys of the improvisations in the movie.

Watch the Get Hard trailer: