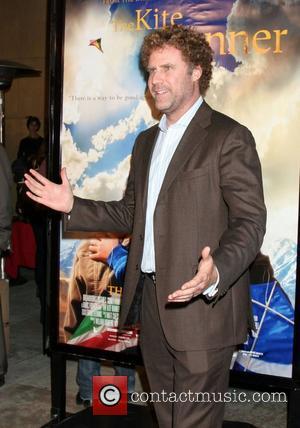 Picture: Will Ferrell Premiere of 'The Kite Runner' held at the Egyptian Theater Los Angeles, California - 04.12.07

Funnyman Will Ferrell wasn't laughing at the Oscars on Sunday (05MAR06) when he realised Academy Awards officials had misspelled his name. The comic took the stage at the Oscars with Anchorman co-star Steve Carell to present the Best Makeup accolade, as ceremony writers beamed 'WILL FARRELL' on a huge screen above him. Ferrell admits he was far from thrilled by the mistake: "It's over now but it's like, 'Come on Oscars, that's not a hard thing to spell check.'"