Ferrell Closing In On Anchorman 2 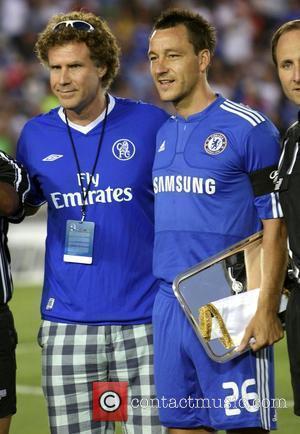 Will Ferrell is close to sealing a deal to revive his comedy newsreader character RON BURGUNDY in a sequel to his hit 2004 ANCHORMAN movie.
The funnyman is desperate to film a follow-up to Anchorman: The Legend of Ron Burgundy and admits he has been in talks with movie bosses to bring the character back for a second run.
And Ferrell is convinced he is close to getting a green light for the project.
He says, "The odds are good. We're going to talk to all the guys next week - Steve Carrell, Paul Rudd and everybody else - to see if it's feasible to do it, because everybody's at different places right now, with totally different schedules.
"Hopefully we can start filming in a couple of years."