With the festival season fully under way, Wild Life returns for its second installment, reappearing on the south coast at Brighton City Airport (known locally as Shoreham Airport)

After winning the Best New Festival at last years UK Festival Awards, co-curators Rudimental and Disclosure are set to do it all again, establishing a name for themselves at the festival, making sure everyone knows it is theirs, giving it their own cultural identity.

The two-day festival that spreads across the weekend of June 11th and 12th provides no camping, but a music festival that transcends generic boundaries, a diverse line up that attracts and appeals to all ages. From James Bay to Skepta, Jack Garratt to DJ EZ, Wild Life is showcasing its multifarious taste, despite Earth Wind and Fire pulling out.

Rudimental and Disclosure are swapping headline nights from 2015, with Rudimental now closing Wild Life on the Sunday.

With close a 100 artists being spread across five different stages, ContactMusic.com will be covering every strand of grass to bring you the highlights of Wild Life. Here are a few sets to add to the festival schedule. Make sure you aren't too inebriated to forget these (unless they clash)

Disclosure - Saturday evening - Headline Set - Main Stage
Yes it's their own festival and they can headline if they want to, but Disclosure are proving a duo with many strings to their bow, or some other DJ related analogy. After a summer of non-stop touring, teasing their new album Caracal seemingly perpetually, the brothers almost seemed omnipresent in 2015. Finally dropping the album after the summer, they have yet to play a UK festival with this new material, so be prepared for a very impressive set.

Skepta - Saturday - Main Stage
Despite Dizzee Rascal bringing grime to the main stream in 2003, it now seems to have blown up once again, with Skpeta and Stormzy spearheading the charge. Last year, 'Shutdown' was his anthem. This year, his most recent hit 'Man' is proving ubiquitous, especially since Radio 1 got their hands on it. This should be a big show with an incredible amount of energy. Stomzy is playing Sunday on the Main Stage too, another not to be missed.

Busta Rhymes - Saturday - Main Stage
Performing at his first ever UK festival in 2014, only highlights the fact that Busta Rhymes is more than elusive. The giant rapper has gone off the radar over the last decade, losing his trademark dreads and almost doubling in size. Nonetheless, his incommensurable ability with a mic should make this a phenomenal performance.

Ice Cube - Sunday - Main Stage
Straight Outta Compton (the movie) has done a few wonderful things since its release. One of them was to inspire the likes the Dr Dre and Ice Cube to get off their asses and get back on the music scene. Since the movie, Ice Cube has headlined Coachella in California, amalgamating a whole host of hits that span decades. So expect a truly nostalgic set with some hopeful special guests. My money is on MC Ren.

Skream and Artwork - WHP Presents - Saturday
It's been a long time since the days of Magnetic Man, when Skream, Artwork and Benga formed a supergroup and were figure heads of the Dub Step scene. After the hype dropped, the guys went solo and Skream has gone onto to become a very well respected house DJ. With two thirds of the group getting back together for a set at Wild Life, this will be well worth a listen.

P.S After clearing their schedule to enjoy their own Festival, expect Rudimental on site most of the day watching and listening to the music. Last year saw both headliners ship off to another festival imminently after finishing, so eyes peeled and you might catch the boys moshing out to some music. 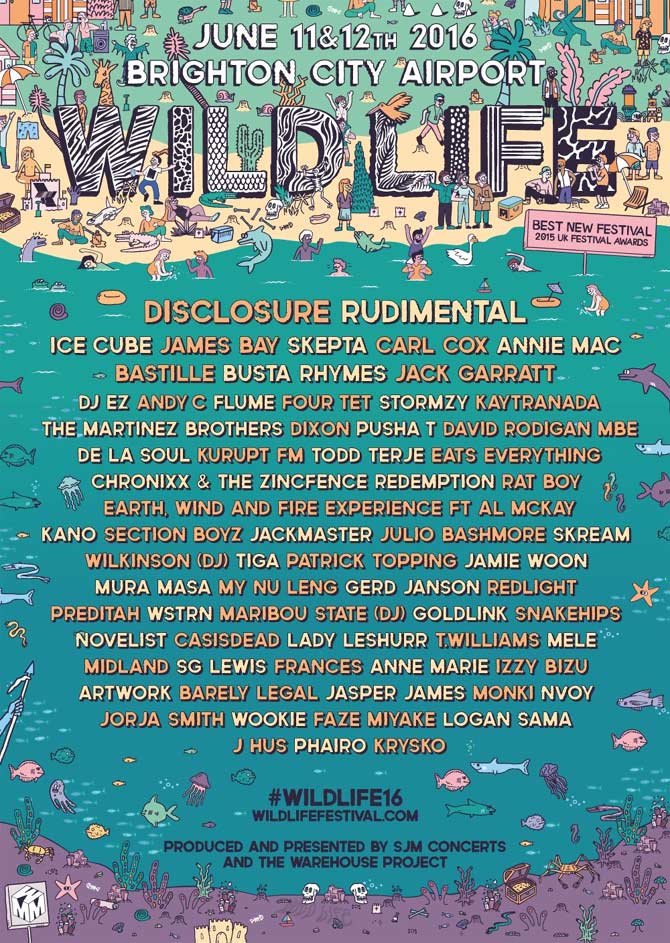 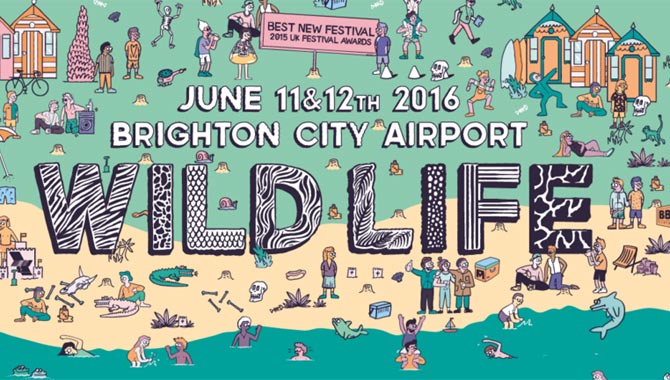