Review of Alopecia Album by Why

Album review of Alopecia by Why? released on Tomlab Records. 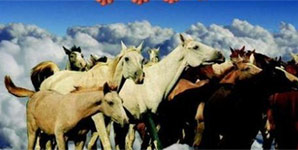 When someone considers a bands music unclassifiable, it's usually as it can't be easily pigeonholed as it spreads over a few genres, Why? Have made an album that's so twitch-inducing to the listener, that this tag is more suitable for this band than many others. Sometimes Why? go from sounding like They Might Be Giants, Eminem and Battles at point with maybe a splash of Pet Shop Boys, I think those comparisons are the best way to describe the urgency on the music but don't really touch the quality of the lyrics, which are undoubtedly sharp, witty, dark with fantastic observations.

Their new album 'Alopecia' sees Why? move on heaps and bounds from their sophomore album 'Elephant Eyelash', Jumping and floating between electronica, indie rock, hip-hop and crooning under tight control, there's no doubt this three piece have made a fantastic album, 'Alopecia' is the type of album that commands your full attention, though it remains very listenable and will have you repeating lyrics for weeks after.

Why? Open Up On Illnesses, Influences And The Future