Actress Whoopi Goldberg Has Thanked Fans For Their Support After Her Daughter Suffered A Health Scare On Monday (14sep15). 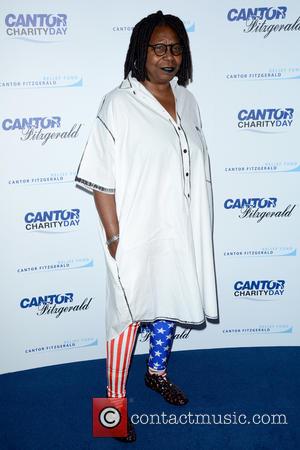 The Ghost star was absent for Monday's taping of her U.S. talk show The View, and when she returned on Tuesday (15Sep15), she revealed she had to skip work to be by the side of her only child, actress/producer Alex Martin, as she battled a serious illness.

Goldberg did not specify what ailed 42-year-old Martin, but insisted she is now on the road to recovery.

She explained, "My kid got very ill yesterday, we thought she was gonna have to have surgery, that's why I wasn't here. But the good news is she doesn't need surgery, she's OK... She's a good egg, my kid, and I like her a lot! She was sick and now she's better, so it's all cool."

Taking to Twitter.com after the show, she added, "Thank you for all the well wishes! My daughter is doing much better."