Oscar Winner Whoopi Goldberg Has Publicly Appealed For A Role In A Future Wes Anderson Movie By Handing Her Resume To The Director's Frequent Collaborator, Actor Jason Schwartzman, During A U.s. Tv Interview. 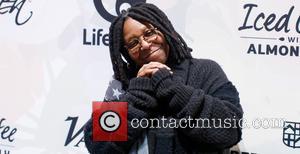 The Ghost star is a huge fan of the filmmaker's quirky comedies and she decided to take advantage of a meeting with Schwartzman on her daytime talk show The View on Friday (19Jun15), when he made an appearance to promote his new independent movie, The Overnight.

During the chat, she told the Rushmore star, "I love all the Wes Anderson movies... you starred in almost all of them... So I noticed there's not a lot of folks of colour (in Anderson's film), so I thought I'd like to give you my resume to give to Wes Anderson and just let him know I'm available."

She joked, "I have some hardware (awards) at home. I don't like to talk about it, but I have some if they need that kind of thing."

Schwartzman promised to "get this to him today" and revealed he would love the opportunity to work with Goldberg.

He said, "To me, you mean an awful lot because you're an incredible person who has given me so many things to be excited about and interested in and fascinated by, so thank you for all of your work, truly."

Schwartzman has appeared in five of Anderson's films to date, including Moonrise Kingdom and The Grand Budapest Hotel.