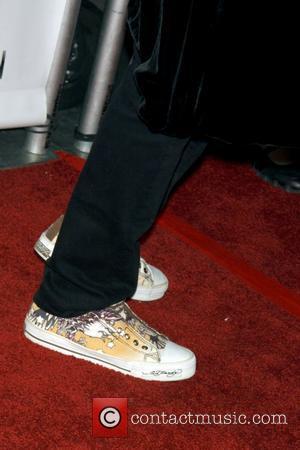 Whoopi Goldberg has hit out at accusations she condoned rape on her U.S. TV talk show, insisting she was attempting to clarify the charges levelled against director Roman Polanski.
Polanski was arrested in Switzerland on Saturday (26Sep09) and is currently fighting extradition to the U.S. over his 1977 conviction for unlawful sex with a minor.
The director fled the U.S. before he was sentenced, claiming the judge in the case reneged on a plea bargain deal. He later settled in France.
The Ghost actress came under fire after discussing the case on The View on Tuesday (29Sep09), saying, "It was something, but I don't believe it was rape-rape."
Critics dubbed her an "apologist for rape", but, addressing the reaction to her comments on Wednesday (30Sep09), Goldberg claimed she was only trying to get the "facts straight".
She said, "Some people got the idea that I was condoning what he did. I'm going to be very clear: I was trying to make sure we had our facts straight because that's my job - particularly about what he was arrested for and what he was charged with, which was unlawful sexual intercourse with a minor, not rape, which was my point."