Whitney Houston's mother Cissy Houston is reportedly furious that the late singer's daughter Bobbi Kristina Brown tied the knot with Nick Gordon last week despite the couple's claims that they got her blessing. 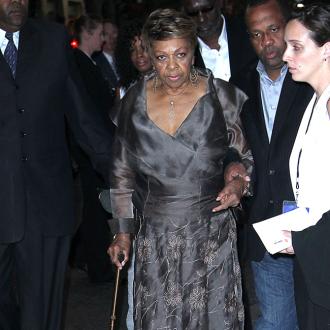 Whitney Houston's mother is furious that the late singer's daughter has tied the knot.

The 'Greatest Love of All' hitmaker's only child Bobbi Kristina Brown recently insisted she had secured her grandmother Cissy Houston's blessing before she married her long-time beau, Nick Gordon, last week, but friends close to Cissy claim she had no idea about their wedding in Atlanta, Georgia, before it took place.

A Houston family insider told gossip website TMZ.com that Cissy was p***ed when she found out the couple, who were raised as brother and sister after Whitney informally adopted Nick when he was 12, got married but knows there is nothing she can do about it now.

But the source said that neither Bobbi nor Nick ever asked Cissy for her blessing at the event.

Aspiring singer Bobbi, who is gearing up to release her debut single, has had a troubled relationship with her grandmother since she urged people to boycott Cissy's book 'Remembering Whitney,' which addressed the late star's drug abuse, last year.

Bobbi and Nick's unconventional love was met by widespread disapproval from their family members and Cissy penned an open letter questioning whether he was good enough for her granddaughter last July.