Whitey Houston was ''deeply, psychologically and emotionally'' affected by the poor state of her voice shortly before her death. 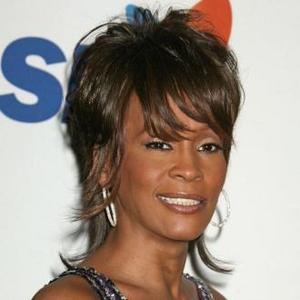 Whitney Houston was ''deeply, psychologically and emotionally'' affected by the state of her voice shortly before her death.

The tragic singer's vocal coach and friend, Gary Catona, said her whole personality had been changed by the deterioration of her voice through smoking and drug abuse before she was found accidentally drowned at the Beverly Hilton Hotel in February.

Gary told The Sunday Times newspaper: ''She was horrified by it. When someone is a singer at that level, their voice is so much of who the person is. She identified with her voice. It was not possible for Whitney to be affected very deeply, psychologically and emotionally, by the fact she couldn't sing.''

Gary - one of the world's leading voice coaches - first met Whitney in 2005, at which point she could barely speak. He says he managed to get her voice to return by around 75 per cent, but she never fully recovered before she would then ''take off'' and damage it again.

He added: ''As her voice started returning, lo and behold, her personality began changing, just as I predicted. She became more confident, she became who she really was - funny, charming, an intelligent person. Her self-esteem began rising.

''But what would happen was that I would work with her, and she'd get her voice back to some extent, and then she'd take off.

''She'd try to sing here, or she'd try to sing there. Rather than getting her voice back completely, which would have secured her legacy, she got caught up in her lifestyle again and she began practicing the habits which were not beneficial to her voice.''

Whitney, 48, was found face down in the bathtub of Beverly Hilton with a bloody nose and the remnants of cocaine nearby on February 11. The Beverly Hills Police Department cited cause of death as accidental drowning with drug abuse and heart disease also factors.