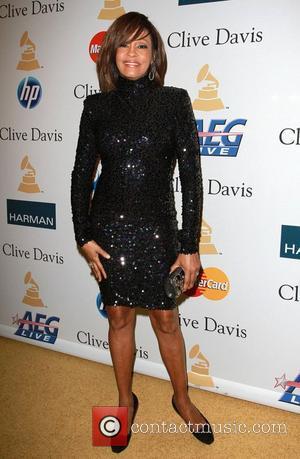 Did you get that? Whitney Houston’s daughter, Bobbi Kristina is engaged to her adopted brother Nick Gordon, Fox News reports.

Gordon, 23, was invited by Houston to live with her and Bobbi when he was 12 because his birth mother could not care for him. And considering the late singer never legally adopted him, it’s not that weird. It is a little bit weird though. “No one knew from a godson you would turn into a boyfriend,” Bobbi’s uncle, Gary Houston, says to Gordon in the “On Our Own” clip, posted on Lifetime’s website. “Everybody else doesn’t have to be in my business,” says Gordon. “The family has made me out to be a bad person.” The Houstons: On Our Own premiers October 24th, and follows Houston’s extended family in the wake of the singer’s death last February. “I’m in love with him,” says Bobbi in a clip. “They wanna see us fail,” she says to the camera. “I got one thing to say — you won’t.”

Stars including Halle Berry, Britney Spears, Jennifer Hudson and Usher all paid tribute to the late "unforgettable" singer at the We Will Always Love You: A Grammy Salute to Whitney Houston, Sky reports. "She inspired a generation of little girls and women to believe in their own dream and to know that they had within themselves the greatest gift of all,” said Halle Berry. "I was one of those little girls who then became a woman who never ever, ever, stopped loving Whitney Houston."