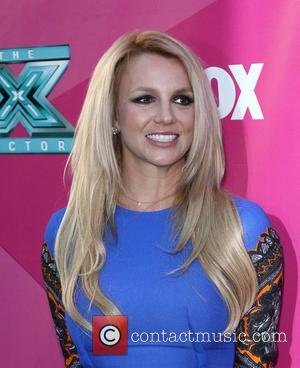 The brand new X-Factor judge, Britney Spears, attended a 'solemn' emotional tribute to Whitney Houston entirely organised and funded by the Grammys entitled “We Will Always Love You: A Grammy Salute to Whitney Houston” held at the Nokia Theatre in Los Angeles this week. The esteemed guests all chose to not broach the darker sides of Houston's later life, instead opting for a celebratory slant, praising her career and achievements.

There were numerous musical tributes in the show. Usher sang 'I Believe In You and Me' and Cece Winans and Yolanda Adams gave a duet of 'Count on me'. According to NY Daily News, Houston's family broke down in tears at the gospel singers' rendition of the song. Jennifer Hudson opted for more up-beat song choices and went for a medly of How Will I Know, I'm Every Woman and I Wanna Dance With Somebody. Celine Dion was also meant to be performing but unfortunately couldn't make it. She has, however, recorded her own version of 'Greatest Love of All' but it will be included on the hour long show which will be aired on CBS in November.

Spears said that she “admired Whitney” and that it was a cover of Houston's 'I Have Nothing' that ended up winning her a record deal. Halle Berry was another guest at the event whose speech was particularly moving. She spoke of Houston's impact upon women: “She inspired a generation of little girls and women to believe in their own dream and to know that they had within themselves the greatest gift of all... I was one of those little girls who then became a woman who never ever, ever, stopped loving Whitney Houston."