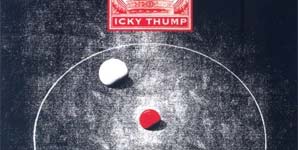 Yes itâs business as usual for the duo. As tired as the format is, itâs still a good format. The lyrics and delivery are sharp and crisp as he rants about the injustices of the worldâs politicians and the irony of Americans calling for immigrants to be kicked out of a country they are not indigenous to. However the raw energy is lacking and thereâs nothing really special about this track that grabs my imagination, even the solos sound underwhelming and âFisher-Priceâ. The fact that one of the verses ends with a âla la la la la la laâ emphasises how half-arsed this really is. The fact that theyâve been a shining light in rock for most of the last decade meant that I was expecting more and this might have tarnished my view somewhat, but maybe they really are just going through the motions now. I hope not itâd be a crying shame.