Danish quartet When Saints Go Machine will release the first single 'Mannequin' from their upcoming album on June 18th 2012.

A video, directed by Mia Fremming, has been revealed to the public showing a bizarrely sinister visual depiction of the track; we see various unclothed motionless human figures, lightbulbs, hourglasses and lightning bolts; dark and abstract imagery that really makes you wonder what could possibly going through the songwriter's head. Frontman Nikolaj Manuel Vonsild's melancholy vocals set the tone for the album and, coupled with the use of electronics and synths, delivers a truly intoxicating recording that will definitely leave fans hypnotised and eager for more.

'Mannequin' is a much more understated and subtle than other tracks featured on their well-received debut album 'Konkylie'. 'Some stuff is simpler', Vonsild reflects. 'There are a lot less elements in some of the new material than the older songs'. It definitely feels more intimate and less hard-hitting than their previous work. 'It wasn't something we talked about,' says Vonsild. 'When you experience people singing along and taking your songs personally you loosen up and feel like giving a little more back to people.'

However, the lyrics remain as ambiguous as ever. Vonsild describes them as 'very personal' and expresses his belief that lyrics are meant to create images to make people feel a certain way and it doesn't necessarily matter what meaning the artist takes out of it. 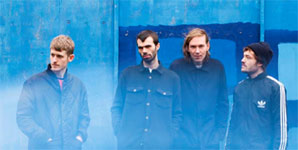 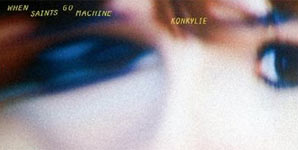 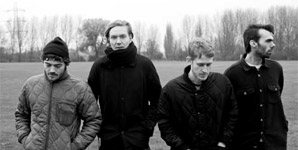