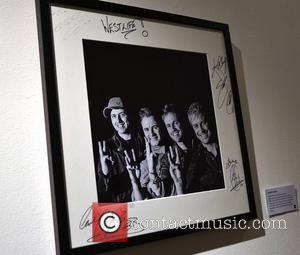 Westlife star Kian Egan has silenced rumours the Irish boyband is set to reunite with former member Brian McFadden, insisting it's "not going to be".
MCFadden left the Flying Without Wings hitmakers to pursue a solo career in 2004 and the group has continued to achieve chart success as a foursome.
Recent reports suggested Westlife were preparing to welcome MCFadden back into the band - but Egan has moved quickly to dismiss the claims altogether.
Taking to his Twitter.com blog on Monday (17Oct11), the singer writes, "All the rumours about Brian re joining Westlife are un true. We have been a 4 piece for too long now. We love Brian but it's not going to be. That includes any tv performances."