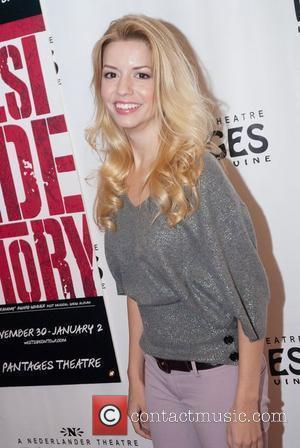 West Side Story star Rita Moreno has told how her turbulent romance with Marlon Brando plunged her into despair and even drove her to attempt suicide.

In a new book, the screen beauty accuses Brando of emotional abuse throughout their eight-year relationship, claiming she was heartbroken by his numerous affairs.

Moreno admits she felt a "full-body blush" when she first met Brando in 1954 on the set of Desiree, recalling, "It was the sort of rush that inspires poetry and songs. I remember how he spoke to me, how he played the drums, how he made love... and how I almost died from loving him."

Moreno, now aged 81, became "addicted" to chasing Brando, although he married twice and fathered kids during their time together, and she even dated Elvis Presley to make The Godfather icon jealous.

She explains, "I couldn't stay away. In fact, I was becoming addicted to the challenge of winning him over and over again... I knew no one could possibly make Marlon Brando more jealous (than Presley)."

The Oscar winner later discovered she was pregnant with Brando's baby and he organised an illegal abortion, which sent her to hospital for emergency surgery when it went wrong.

The botched abortion prompted Moreno to attempt suicide at Brando's home: "I went to bed to die. This wasn't a revenge suicide, but a consolation, an escape-from-pain death."

After surviving the attempt, Moreno's therapist begged her never to see Brando again.

However, they reunited in 1968 to co-star in The Night of the Following Day, and Moreno remembers, "As the synapses of my brain reconnected, old wounds, hurts, resentment, and disrespect coursed through my body."

Rita Moreno: A Memoir, which is being serialised in the New York Post, is due for release next month (Mar13).